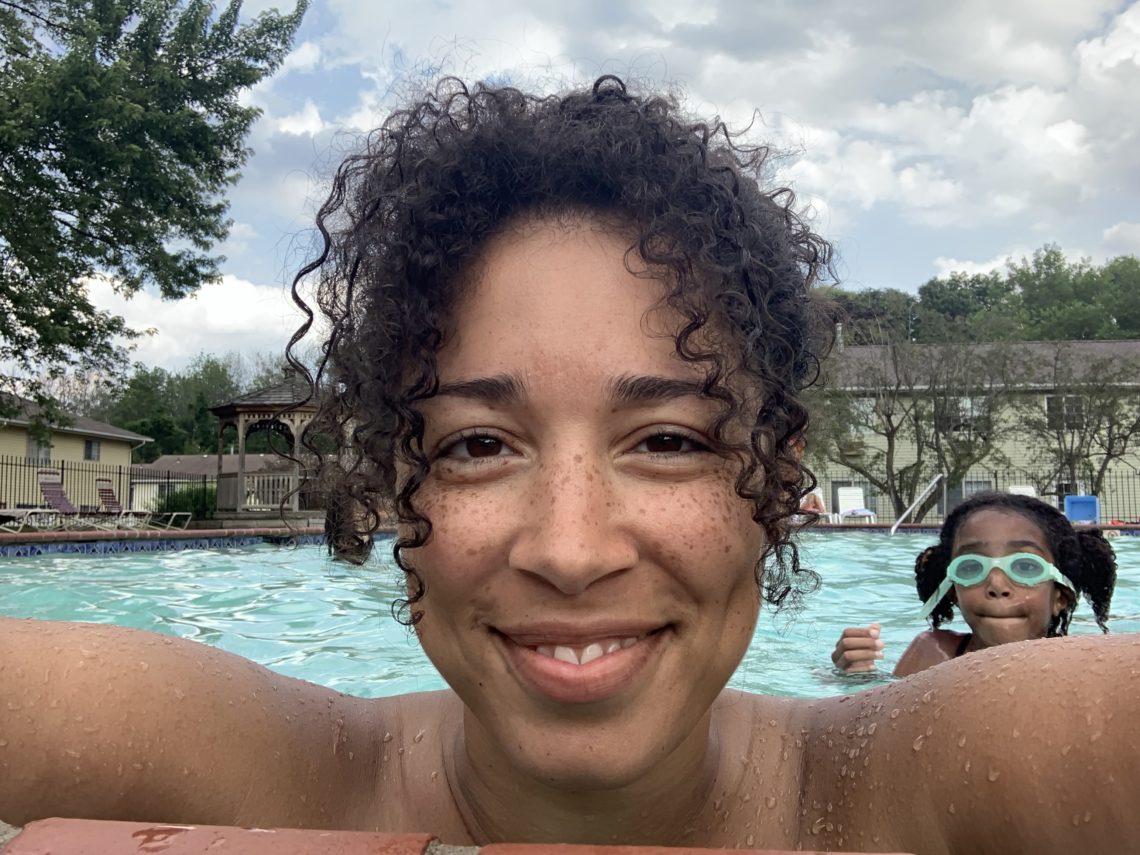 At the risk of sounding maternal, I’m going to give my smart ass a rest and dip into a little PSA.

It’s summertime, and for a lot of us that means fun at the pool. One of my littles still isn’t quite a swimmer so I’m in there; every trip. Rocking my curvy, tiger striped beach body. We’ve only been about 5-6 times, but I’ve already noticed several parents fully consumed by their phones. Zero attention being paid to their babies in the water. I’m not throwing shade or shame. I’m not calling anyone out. I would like to share a story, though.

About 3 years ago I took just my daughters to the pool. My son was very young and napping, and I had a case of the flow jos. I didn’t feel like going through the necessary prep to swim. Instead I sat on a nearby pool chair. My younger daughter was 5. She couldn’t swim, but she was content lazy-floating in her doughnut, and both girls were tall enough to stand with their heads above the water. That combined with the fact that there was no one else in the pool to make the scene rowdy, and knowing I had eyes on them at all times I felt okay letting them go in without me.

It only took half a second and a freak movement, and my youngest daughter was upside down. Stuck in the tube. Legs flailing. I honestly don’t know how I got to her so quickly, or how I reached her from the edge of the pool without falling in, because she was not within arms reach. The logistics were beyond reason, but, somehow, I grabbed one of her legs and pulled her straight up out of the water. It really was a supernatural, mama bear moment. I didn’t notice until after the adrenaline began to fade, and I saw the blood gushing, that I had completely skinned the top of my big toe, from sprinting over in my flip flops.

She didn’t move until After I already had my baby out of the pool. When I talked with her supervisor about the incident. About how my child almost drowned on this young lady’s watch, she dismissed my concern with, “she was probably in shock” That left me very confused. Yes, it was a very jarring scene, watching my little girl struggle to turn top-side, but aren’t life guards trained on how NOT to be in shock? Is there not an extensive part of their program dedicated to reacting in an emergency? I’m sure they are, and there is, but here’s the thing, maybe you can’t teach reaction. They’re also human; a lot of them, very young humans who may not have a world of experience.

There’s also no way to tell how good a lifeguard is at actually rescuing someone. Real life and dummy training are two Very different things. We don’t grill them when we take our kids to the pool. We don’t ask them questions like, “How long have you been working as a life guard?” “How many real life rescues have you done?” “Are you naturally responsive in a crisis?” We don’t interview them, because we assume all that happened before they got the job. Maybe we should. Maybe some of us do. However, the majority of us don’t. We Assume they’re qualified.

My point is, had I Not been watching, I might have been resuscitating my child rather than comforting her. It doesn’t even really matter that she couldn’t swim. Even a child who can swim can have a mishap in a matter of seconds, and drowning doesn’t look like the cinematic portrayal. It can be quiet and quick; without the noticeable splashing we might expect. I Urge you to watch This Video and see if you can spot the person drowning. I’d bet a bottle of Method laundry detergent that you can’t!

At some point they age out of our constant supervision, but I’ve seen kids as young as 3, usually swimming with some sort of floaty, while their parent has Not an ounce of attention on them. Again, this is not a criticism, or a judgement.  If you’re reading this and you realize you’re one of those parents, I’m not here to troll you! I’m here because I know that every year children drown within arms reach of parent or another adult, and I’m here to share that awareness. I’m here to say, pull out the phone for pics and time checks, but for the sake of their safety, Please keep a personal eye on your kids while they swim. 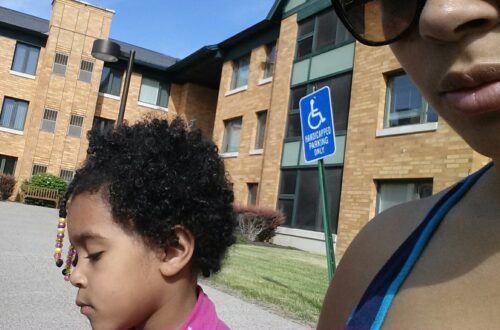 My Daughter Is In Beta 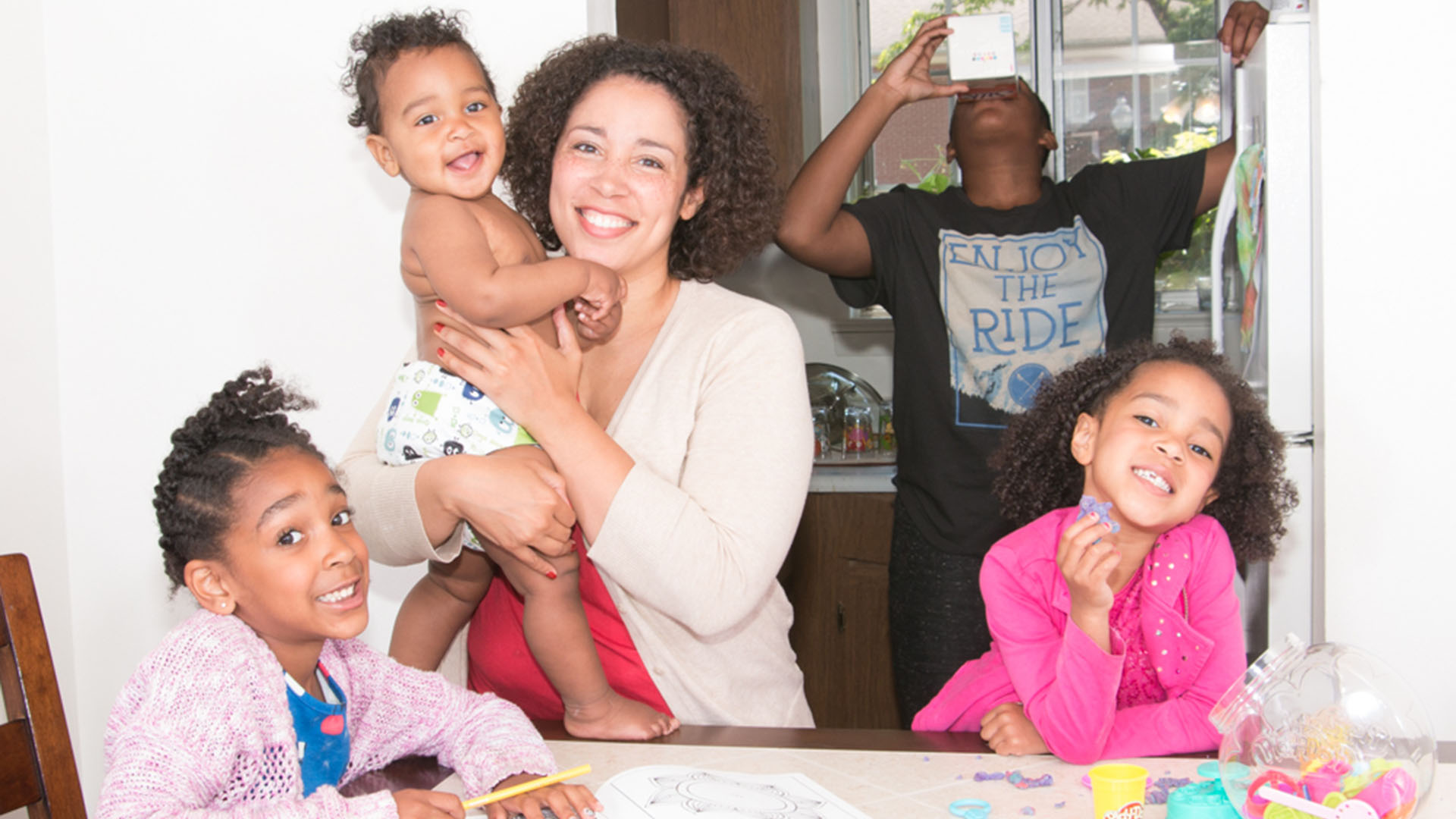 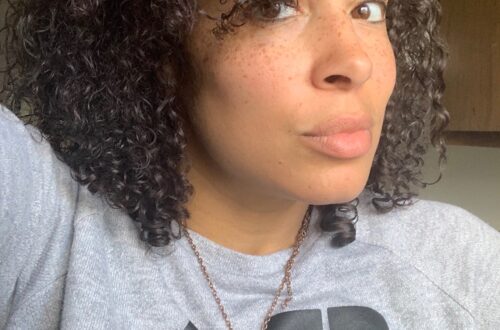 A Love Letter To My Spicy Spirit Sisters…